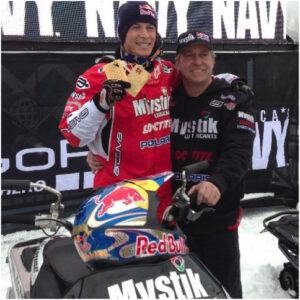 Another Winter X-Games is in the books, and another two gold medals hang around the neck of one of the world’s most decorated and diversified snowmobile athletes. After a two year absence from the Winter X-Games, Levi LaVallee returned and increased his medal count to nine (six of them being gold).

LaVallee had a jam-packed weekend in Aspen, as he was the only athlete scheduled to compete in all four snowmobile disciplines: Freestyle, Speed & Style, Snocross, and Best Trick. LaVallee’s first event was Snowmobile Freestyle and took place during the first night of Winter X. With huge extensions, perfect landings, and demanding tricks, Levi put on a performance worthy of a gold medal.

With no snowmobile events scheduled for Friday, LaVallee was back on his sled on Saturday for Snowmobile Speed & Style, which is a combination of racing and freestyle. LaVallee ran away with his second gold medal of the weekend, out racing and out performing his competition in each of the three rounds. Unfortunately, Levi tore a muscle in his lat during his gold medal round, ending his 2013 Winter X-Games early.

Although Levi was out, Team LaVallee had two other athletes competing in Sunday’s Snocross event. Jake Scott, the team’s youngest rider, came to the X-Games as an alternate, but was given the opportunity to compete when another racer suffered a concussion in practice. Scott joined Team LaVallee’s other rider, Kyle Pallin in the Snocross competition. Pallin put out the 5th fastest lap time of all 23 riders during practice, but unfortunatley lady luck was not on his side and he was unable to make the final. However, Scott found himself in the front row of the final and with consistent riding, the 18-year-old finished in 7th place at his first-ever X-Games!Congratulations, Jake Scott!

Congratulations to all of the team athletes and crew, including Glenn Kafka, crew chief and co-owner of Team LaVallee, on a stellar performance at the 2013 X-Games! Keep up with Team LaVallee as they finish off the 2012-2013 race season! Follow Team LaVallee on Facebook and Twitter, or see Glenn and the team in action at a race near you! Kafka Granite sponsors Team LaVallee, along with Mystik Lubricants, Loctite, Polaris, Parts Unlimited, Arctiva, Fox Shox, Earth, Inc., Woody’s, Kafka Conveyors, and Stratford Sign Company. 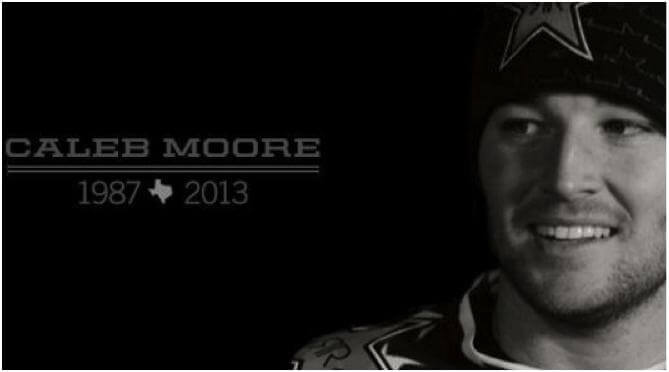 On a much more somber note, one of the world’s best freestyle snowmobile athletes passed away on January 31st as a result of an unfortunate crash during the Winter X-Games. The Kafka family, who has long been a part of a very tight-knit snowmobile community, continues to send their thoughts and prayers to the Moore family during this extremely difficult time. To make a donation to the Moore family, please visit GiveForward.com/CalebMoore.   Ride in Peace, Caleb.