In People Places: Design Guidelines for Urban Open Space, Galen Cranz (1982) identified four major periods of development in the American Park System: the pleasure park, the reform park, the recreation facility, and the open space system. The four listed park systems accurately reflect the wants and needs of the American public through the years. Now a new park system has evolved – the exercise park. In an effort to create more healthy landscaping across the country, more and more cities are turning to exercise parks for their public outdoor spaces. Kafka Granite is well-versed in the art of creating parks that excel in both form and feature. Our stone aggregates can be found in many outdoor spaces across the country. From paver grit to pathway materials, Kafka Granite can create custom stone blends that fit any criteria. In pleasure parks, aesthetics were of the utmost importance. SPUR defines pleasure parks as a “vast landscape of alternating trees and meadows, undulating hills, slowly meandering waterways, and broad reflecting ponds.” Pleasure parks were meant to be enjoyed at one’s pleasure, usually in the early morning or after a meal. Pleasure parks utilized broad areas of rolling hills and natural beauty while pointedly leaving out some of the most common features we see in today’s parks. For example, pleasure parks rarely included flower beds or sculptures, and they had few to no buildings in the park.

Frederick Law Olmsted was one of the foremost pleasure park designers of the time (1850-1900). Olmsted was said to have believed that the greatest compliment to any city’s urban development was pure wilderness. This belief is responsible for the rolling nature of pleasure parks. Olmsted didn’t want any elements in his parks that would remind people of the city, or look to have been placed there by man. Of course, there were some structures in pleasure parks, such as pergolas and performance areas, but these constructions were made to be light and airy – allowing for shade while still offering an unobstructed view of the surrounding area. Next up came the reform parks, these parks became popular during the progressive era of the 1900-1930s. It was during this period that urban development was booming. Factories were being constructed, and more families were moving into the city to find work. During this period of construction there seemed to be a few groups of individuals being left unconsidered, one such ground was the children.

It was here in the 1900s that people first started campaigning for playgrounds to be constructed in the city. It was decided that children needed more daily exercise because at the time children only had the opportunity to play when their families went to the country on the weekends. Families wanted more than pleasure parks, they wanted areas for their children to run and play and the current neighborhood parks tended to be flat areas that were only one or two blocks wide. These desolate parks usually only contained straight walking paths and a few benches. The much needed change in the city park landscape was ushered in with the invention of the field house. These new field houses were built into the city parks and contained gyms, showers, meeting rooms, and communal rooms for events.

The new field houses were flanked by playing fields and playgrounds, and the parks themselves underwent a large transformation. No longer was it desirable to have parks look untouched by man, now grass gave way to sand and asphalt, and natural tree groupings gave way to flowerbeds and shade structures. With the evolution of the reform parks came organized sports and activities. Reform parks quickly became an integral part of a neighborhood’s composition. 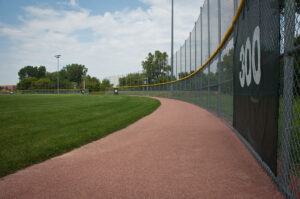 You’ll see that parks turned into facilities between 1930-1965, this change was prompted by the realization that parks needed to serve everyone, not just small children. Whereas the reform parks were created to give children a place to play by building playgrounds, recreation facilities were built to serve the greater public. It was in this era that adult public sports became acceptable in culture; today you probably know someone who plays on an intramural sport team of some kind. Back in the 1930s organized adult sports such as football, baseball, and basketball became very popular among working class adults.

Something else that became widely popular in the 1930s – bulk ordering. Recreation facilities were a huge success; with the addition of swimming pools these facilities saw thousands of visitors year round. As the suburbs developed people’s homes had less and less green space, facilitating the need for large community provided green areas to play. And so standards developed for park design and community programs. But with all progress comes errors, in the case of the recreation facilities their success was so great that communities wishing to create similar structures and programming rarely considered their individual needs or situations. Here is where bulk ordering came in.

If you produced picnic tables, fencing, gym equipment, or bleachers from 1930-1965 you were in a very good place. To say that sales boomed who be an understatement. Anyone who lived through the great Tickle Me Elmo Christmas rush of 1996 will understand how once something becomes hugely desirable everyone will want one and will pay anything to get one. Such was the case with recreation facilities, and sadly like your Tickle Me Elmo that is probably sitting in a closet somewhere, recreation facilities became so common that they lost popularity. What was once viewed as revolutionary and fun was now seen as ordinary and lackluster.

After the 1960s it seemed that every bit of available land was being snatched up for development. Giant parks had been created that had everything from basketball courts and swimming pools to running tracks and outdoor theaters. It was in this time that people started to ask themselves “is all this development too much development?” Unlike the days of the pleasure parks, cities no longer had ample green space to relax in. One could go to the community recreation center but with all of the activities offered it became hard to find a quiet moment.

It was during this period in history that people started viewing undeveloped land as ready to use. Instead of wondering how many structures could be built community members were now ready to leave green space as it was – green. More unique and available forms of play sets were conceived using materials that were readily available, such as tires and railway ties. People were done with cookie cutter playsets – they wanted an opportunity to create a play structure that was unique and suited to their community’s needs. These structures were called adventure playgrounds.

Tot lots also became popular; these were usually made of smaller items, such as one or two tires and sand pits. These tot lots traditionally took up a small portion of the greater park. Aside from the tot lots and adventure playgrounds the rest of the park was left open in what was called an urban plaza. What Frederick Law Olmsted thought would take acres could now be accomplished in a mere block with these new open spaces. The plazas were almost everything Olmsted wanted – large open spaces that appeared to have been untouched by man.

Parks have always served as a means to get exercise. From young to old, parks were created to give all a way to exercise with friends and family. Other countries have been incorporating more direct means of exercise into their public parks for years, and in the early 2000s the U.S. joined in. Previous iterations of parks served the general purpose of getting people active; exercise parks are the first form of parks to be created with a specific purpose – to get people to exercise.

Studies have shown that people prefer to exercise outdoors as opposed to indoors and with the rise in obesity the importance of having accessible exercise opportunities cannot be understated. Kafka Granite is passionate about making aggregate blends for these special parks. Outdoor fitness parks are traditionally created in one of four styles.

Exercise parks are quickly gaining popularity across the United States. Kafka Granite is proud to offer various products from pathway materials to decomposed granite mixtures, that can be utilized in the creation of these new-age parks. Kafka has been contributing aggregate blends for the construction and restoration of parks for years. Our state-of-the-art crushing facility allows us to create custom tailored aggregate blends that can be used in pleasure parks, reform parks, recreation facilities, open space parks, and exercise parks. If you are ready to either revamp your communities current park or create a new destination, contact Kafka Granite today.

Contact us
The University of Notre Dame, Charles B. Hayes Family Sculpture Park : A Kafka...

Keep Your Ballyard from Getting Muddy Or Dusty
Scroll to top